Starting now, and going throughout the summer, Goteblüd will no longer have regular open hours to the public.

For six years, the store has been open most weekends, and staffed by me or a dedicated group of interns. However, it's time for us to take a break. Goteblüd is a hobby business run by people with other jobs, and it has been a while since we've hosted an event or promoted the space. Because of this and other reasons, it has caused our foot traffic to - at times - be non-existent.

To be clear: the business is not closing. It just doesn't make sense to staff it if no one uses it during dedicated hours.

We continue to do business: buying and selling zines, creating collections for research institutions, and appearing at shows and conferences. If you would like to arrange a private visit, you can contact us and we will try to accomodate you.

Thank you for all of your support.

We will be showing at SF Zine Fest this coming Labor Day weekend, August 30/31. See their site for time and location details.

We will be blowing out hundreds and hundreds of zines. And everything is priced at one dollar each. No matter what. We've intentionally put really great stuff in those stacks to reward those who dig.

Lastly, we rarely update this web site because hey, we're a vintage zine store. Why should we? :)

Goteblüd proudly presents photographs by Martin Sorrondeguy, in conjunction with the release of his latest book, "Get Shot - A Visual Diary 1985-2012."

Sorrondeguy was born in Montevideo, Uruguay, and grew up in Chicago's Pilsen neighborhood. Widely known as the vocalist of trailblazing hardcore/punk bands Los Crudos and Limp Wrist, Sorrondeguy's exhibit presents unique and vivid portraits of punk culture in over ten countries, from five continents.

Opening on Saturday, 12/1/2012, from 12-6pm. The artist will be present selling books, posters and postcards, as well as prints. There will also be a cake to celebrate the artist's upcoming birthday.

Goteblüd is a vintage zine store and gallery devoted to radical paper. Normal hours are Saturdays/Sundays from 12-5pm. 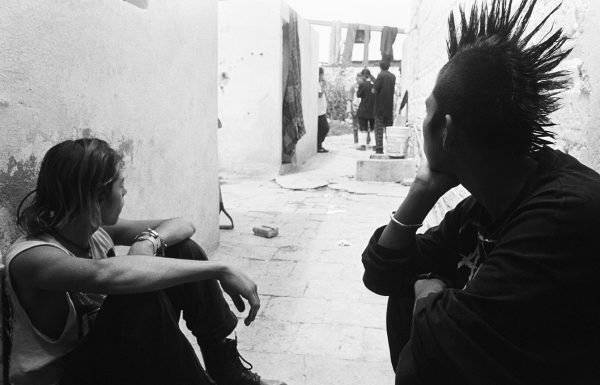 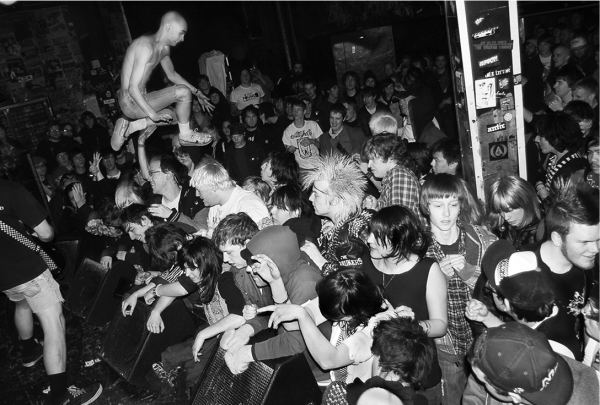 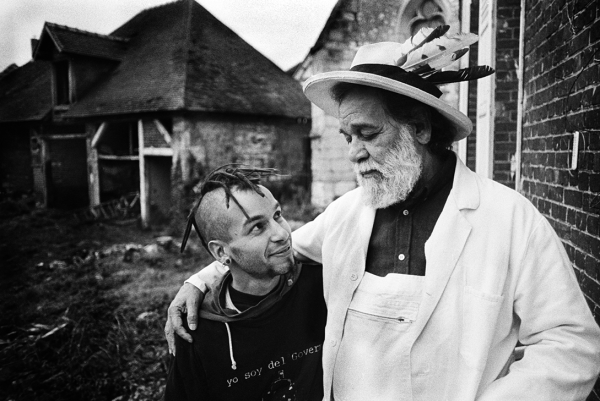 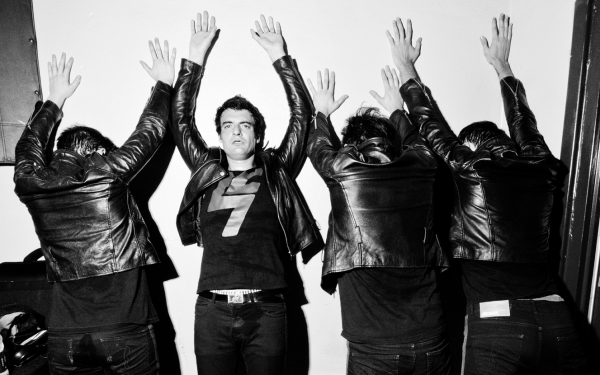 A Henry Rollins look-a-like will be on-site.

Dave King's "Symbol" will end this coming Sunday, March 4th. To celebrate this successful show, we will be holding our third and final Public Stencil Event.

Bring your paintable items and we'll have a wide range of designs and colors to spray on you. We will reopen next weekend, with our usual hours of 12-5pm.

Next weekend will be the last weekend to view "Symbol by Dave King", so be sure to stop by.

The symbol that Dave King created in 1977 made its first appearance in Penny Rimbaud's impassioned manifesto, "Christ's Reality Asylum." It then went on to become the logo for Crass, who defined anarcho punk for decades to follow. In the intervening years, the symbol has been reproduced countless times, and become the basis for mashup, homage and reinterpretation.

Recently, a UK fashion house decided - like many others - to repurpose the logo for their clothing. They have reportedly claimed ownership of the symbol, despite 35 years of prior use. They also have a line of clothes called "Whore Wear" which, in their words, is "glam and chic yet bordering on trashy." It is fitting that such an uninspired ripoff surrounds an anti-authoritarian symbol with a chain.

See the show "Symbol" and original unchained logo in person. It will remain on display at Goteblüd through March 4, 2012. Hours are Saturday/Sunday 12-5pm, located at 766 Valencia, San Francisco.

The response has been fantastic! "Symbol" by Dave King will be on display through 3/4/12.

New images have been added to the show, including "Secret Origins of the Symbol" - a trio of superhero homages incorporating an iconic design. All proceeds from the sale of this print benefit Lyon Martin Health Services for women.